March Madness is officially over (congrats to North Carolina!), so it seems like the perfect time to recap our own championship game. We decided to get in on the March Madness fun last month by holding a competition to find the top ITSM SaaS product feature. For three weeks, you voted for your favorite ITSM SaaS product features. Features with the fewest votes were eliminated each week until the champion was crowned. Keep reading to see the winners from each round and find out which feature ultimately took home the trophy.

We started out with our Elite 8 group of features—but only four could make it to the next round! Cloud Security and Availability crushed Multi-language Support with 86% of the votes! Drag-n-Drop Purposeful App Design won with 75% and Access from Any Device triumphed with 72% of votes. Seamless Integrations versus Comprehensive Asset Lifecycle Management was the closest match with 60% of votes going to the former. 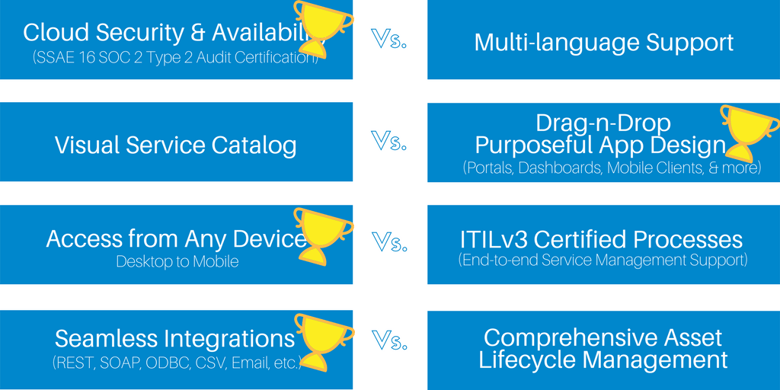 In the Final Four, , Drag-n-Drop Purposeful App Design came out on top with 67% of votes. While Access from Any Device narrowly beat out Seamless Integrations with 58% of the votes.

Our Championship game featured our top two voted ITSM SaaS capabilities: Access from Any Device and Drag-n-Drop Purposeful App Design. It was a close contest but your votes crowned a winner! Without further ado, your top ITSM SaaS product feature was Access from Any Device with 60% of the votes! With the continued evolution of the Digital Workplace and more employees working virtually, our version of March Madness validates having access from any device is a highly sought after feature. 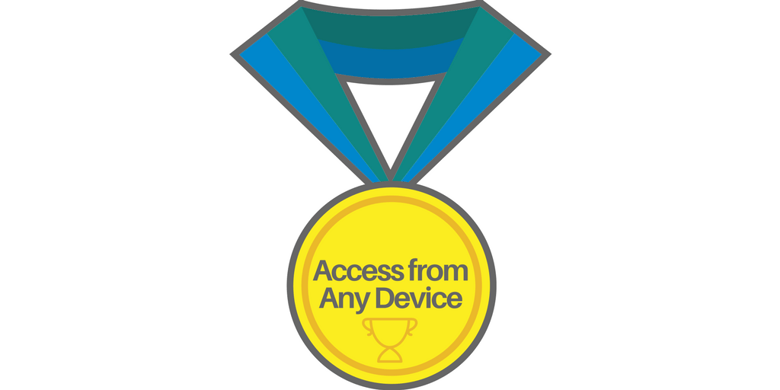 We would like to thank all of you who voted in our March Madness championship! As promised, those of you who participated in all three weeks will be receiving your $25 Amazon gift cards just for participating. If you’d like to learn more about our  Elite 8 capabilities and more, test them out for yourself in our guided tour trial.

Find out why champions choose champions

Check out this case study featuring Gonzaga University who squared off against North Carolina in the 2017 NCAA Championship: EasyVista’s Service Apps Turn Gonzaga’s Vision into a Reality

Katie McKenna enjoys learning and sharing all things ITSM, IoT, SaaS, and IT Consumerization. She is also an avid reader, pizza enthusiast, and horror movie lover.